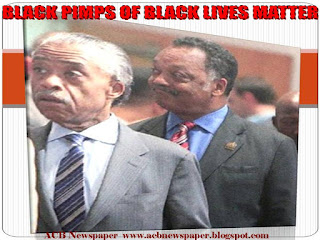 For decades Liberals have been screaming racism on every corner of the city. Little did we know they are actually the culprits who will not let racism die in America. Have you ever noticed that all the major media networks never identify a Chinese man in the news as "a Yellow Man robbed a bank today," or a Mexican woman in the news as "a Brown Woman stole a car today," or a Russian woman as "a Pink Woman shot her husband today." You will never hear any color identity reference made to no other race but the African race in America.


For some reason there is a perpetual lock on coloring an African descendant. Its as if though to belittle or diminish their worth or reduce them down to the color of a burnt out cinder. Maybe there isn't any intent to colorize anyone, but where is the effort to identify a person as an entity of content and character first? Instead there is the continuous mocking of their skin color. You must remember that all of main stream media is totally liberal [no exception]. It is not withheld that liberal main stream media set the protocol for identifying every individual reported in the news. With a preliminary injunction on the table for investigation let us broaden our scope of confirmation as to how the liberal media and even conservative talk shows can not or will not decease [stop] the color application for American Africans in the news.

In this post Christian society we have a serious problem, actually we have many problems. One main problem today is our belly button continues to pop open with the ever expanding problem of liberals playing with racism. In past history of American culture racism was limited basically between European Americans and African Americans. The laws of the land were paralleled with the sentiments of the majority rule by which of course African Americans were excluded. This was to be expected because a democratic society dictates that the majority rules however they want.

Liberal Color Coding America!Today we have a major problem with the good intent of majority rule because of the manipulation of ruling by liberals. Remember, this is a post Christian society, where as before a Christian society had meaning of moral values. There may have been a color preference plastered in prior generations of America but there has been added colors today compiling a change of heart. Unfortunately liberal European Americans didn't get the message of America changing from color coding people to identifying people by their character. 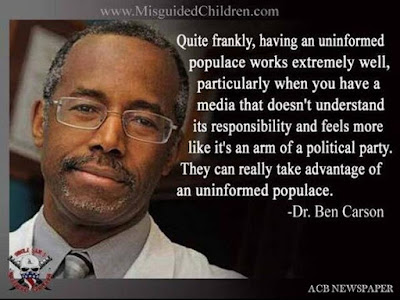 If only a few of today's liberal European Americans had an ounce of common sense they would cease emphasizing that racism is alive with vengeance in this country. If they had an ounce of common sense they could very well see that this country has outgrown the shadows of slave property ownership. Given a new insight for liberals in this country we could actually become a color blind society to human skin. Such a new concept of socialization would be the envy of the world if only the mad liberal media would just leave the dead racism dog alone.


Only in America is this application of color coding enforced. The reason for the enforcement of coloring Africans in America is because the liberal media has continued to announce through their bull horn effect the color coding of an African American in every aspect of social identification. Haven’t you noticed that every time a liberal or anyone else who tries to identify an African descendant will stumble in uttering their political correct awareness when they fragmentally say “African American” in their sentence structure? Now that the damage has been done by the liberals continuing to pound the racism drum all legal immigrants and illegal aliens now use with belittlement the color identification of black in their depicting an African descendant. And so the training of racism by liberals continues to expand to legal immigrants, illegal aliens and most importantly all elementary school children and preschool children.
Posted by Dr Clayborn at Sunday, July 18, 2010 0 comments

You have to understand that the American economy has been shot in heart, foot, arm, face and anal cavity. For over fifteen years California’s economy for sure has been bloated with super duper Disneyland fantasies of property ownership without saving and making a down payment for it. In other words free property for everyone, and I mean everyone, illegal mexicans and illegal aliens too! Of course there’s nothing wrong with owning property, it’s the American dream. But when real estate agents and other greedy financial entities construe “Crack Baby Financing” for new home owners you’ve got a problem. “Crack Baby Financing” runs parallel with a dope crack head user getting a euphoric rush from the initial inhaling of the dope but it only lasts for a few moments and then crash baby!


For years California homes have been ridiculously and astronomically over priced and gullible people have gone alone with these real estate agents who have encourage and influence the bloated unreal housing prices. What resulted from this fake bogus real estate market that initiated in California was a national hijacking of home prices all over the country. Just to think in San Francisco in 1999 a home in the Bay View Hunters Point district could sell for $700,000.00. Oh don’t forget the nightly shootings and burnt donut rings at every intersection you drove through come with the property as well. In other words something was wrong with this picture of a house selling for $700,000.00 and next door and across the street was “Drug Runners Incorporated.” That should have been a sign and signal to the rest of America that California was basing its economy a fake image of real American life.


As the California real estate market continued to be forced up in price with the “Crack Baby Financing” many other states like Texas, Colorado, Idaho, and Kansas began to drool at the mouth for a taste of the California real estate agent greed programs. A new track development of fifty homes in Tennessee would sell homes for $300,000.00, but the surrounding community homes consisted of older homes that could only market for $60,000.00 tops. Let us not forget that 65% of the new bloated price homes which sold for $300,000.00 were sold to individuals who were only making $36,000.00 annually and the other 35% of new home buyers were illegal aliens from mexico who were sent to America to front the property which is destined as a transfer point [process illegal aliens].


Of course there was special financing like interest only loans and other loan gimmicks to afford the families to move in and make their payments for at least a year or two before the shoe dropped [loan principle become due]. And that’s why today you have a real estate market that has crashed, and it will continue to crash until new jobs are created in this country. In likelihood any real jobs [not euphoric green crap] will not be in existence for another ten years [two presidential cycles]. So that’s why you can’t buy a new house because of the stricter financial guidelines required by banks and no one can find a job, there aren’t any to find.


I wouldn’t have believed the way real estate agents were diligently harboring on greed in order to make their millions at any cost to society unless I saw it with my own eyes, and I did. I knew of illegal mexicans that purchased new $400,000.00 homes in the bay area in 1999 and they worked at Jack in the Box as assistant crew chief. It baffled my mind until a loan processor explained to me the various shoe string financing that was in play [Crack Baby Financing]. Not only were the home prices deliriously inflated but the car dealerships were making a killing on selling their bloated priced $70,000.00 Hummers and $50,000.00 Navigators to mexican families who just crossed the border and spoke no English, but they worked at the car wash down the street. Well, all of that super duper “Crack Baby Financing” propping up a bloated and fake economy had to come to an end. And so it did in grand fashion. Now everyone who was bragging about their $700,000.00 and $500,000.00 homes doesn’t have a home anymore. Neither do they have the good paying job of many years. Now the previous $700,000.00 and $500,000.00 home owner is looking for a job at Jack in the Box and Burger King and Wendy’s. But they won’t find a job at those places because their illegal mexican neighbors have those jobs locked up, and they’re not giving them up. Obama acts as though he has an answer for everything but yet he has produced nothing for the regular guys and gals. So please don’t depend on him to be your savior.

Ashes, Ashes, WE ALL FALL DOWN!

Has America been hit with a plague like "The Great Plague of London 1665," in terms of being infected with illegal aliens?


Ring around the Rosy

A pocket full of Posies
Ashes, Ashes,
We all Fall Down!

Clearly the leader of America’s political correct movement [obama] has illustrated with concise proof his degenerative agenda for America. Allowing illegal aliens to roam freely in this country is a major part of this “Affirmative Action produced President’s” degenerative agenda for America. Of course those in the politically correct movement will applaud this affirmative action president’s siding with the illegal alien movement. On the other hand history will only present this “Affirmative Action produced President” and his political correct ensemble only as “classic buffoons” documented in future history books.

If you have ever watched the movie “Independence Day” you know the plot of the aliens was to inhabit and take all the resources it can before destroying the earth. The same applies to Mexican illegal aliens that not only invade the United States, but also other nations around the world as well. The difference in illegal aliens settling in other countries verses illegal aliens settling in America is that other countries enforce their laws of the land restricting illegal aliens. In America’s case for illegal aliens we condone and do not prohibit illegal settlements, thereby we have a "Ring around the Rosy."
Why America Can't Wait!
As Don King would put it “Only in America” do you have ignorance prevailing over common sense to govern the nation. The current leadership of jackasses [democratic party donkey runners] are without a doubt the most derelict power hungry group of politicians that America has ever had or will ever have. The Obama administration is governing against the will of the people which is "majority rule" but such is ignored, therefore obama is governing for the will of the Mexican illegal aliens. These are the final days for Americans to stand up for action against this derelict obama administration, because America may not make it to 2012.

Are we talking about impeachment?
Some would say so! Many will say "Hell Yes!"
Posted by Dr Clayborn at Tuesday, July 13, 2010 0 comments