If it were possible to implement a priority of three serious social correctives to drastically reduce senseless killings and murders, what would they be?


Priority 1.  Along with criminals and psychiatric patients who use guns to kill innocent citizens there is a major group that has been given a pass to kill innocent American citizens; NBC, CBS, ABC, FOX,etc…    There must be severe censorship to ban NBC, CBS, ABC, FOX and others from programming TV murder/killing programs of entertainment to the public.  This must be a priority for America if America is serious about reducing senseless killings and murders.  There is a culture psychology correlated with mass media programming of killings and murders.   America has eclipsed the point of being socially defiled and mentally deranged as a society. America has become exactly like the Roman Empire was, saturated with arena killing entertainment; only the Roman Empire didn’t have NBC, CBS, ABC and FOX to televise or broadcast their murder programs. The Romans glorified the arena killings and looked forward with great anticipation to see more killings. The same concept applies to Americans who schedule their evenings to watch a murder movie or serial killer episode on NBC, CBS, FOX or ABC TV. America has become programmed for violence, so what in the hell do you expect to propagate from a generation of mentally depraved television producers; hint; socially engineered violent youth and demented older adults who enjoy murder programs. Don't blame lack of gun control for Newtown-Connecticut, blame NBC, ABC, FOX, CBS and others for programming evil and wicked values for this society. 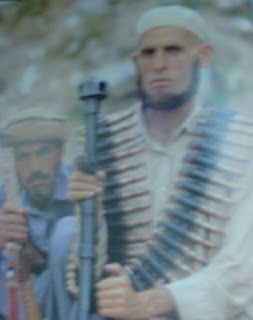 Priority 2.  Gun control is in the hands of the individual who holds a gun, whether a police officer or psychiatric patient or criminal or a woman defending herself from a criminal. The question is who should not have access to a legal gun? Emphases should be placed on eliminating criminals [automatic death sentence] from society who use guns to kill citizens. Also psychiatric patients who use guns to kill citizens should also be eliminated from society; they cannot be trusted to act contrary to their permanent mental comprehension. Law abiding citizens should be encouraged to own a legal gun and become proficient through scheduled training to use such. But if the government is going to deliberately place weapons in the hands of criminals [OBAMA’S FAST and FURIOUS PROGRAM] then gun control is an ignorant suggestion or topic discussion.

Priority 3.  Gun control laws have been in the hands of political officials who are on psychiatric medication; this is improper. Far too many public officials are on psychiatric medication and receiving psychological treatment. These unstable government officials are creating frantic and ignorant laws that take away the second amendment right from law abiding citizens to bear and use arms. In order to clarify and maintain our constitutional rights there must be stricter qualifying of individuals becoming or maintaining public office that requires making decisions for the populous. This may seem like an off-the-wall approach to eliminating senseless gun killings in America but it is necessary to purge society from decision makers who are mentally unstable themselves that are making decision for us who are mentally stable. An unstable politician will easily justify, support and approve laws that will give criminals the upper hand on taking advantage of defenseless law abiding citizens. Government officials who are legally on mind altering drugs should not have access to making decisions on gun control laws, and likewise citizens who take legally mind altering drugs should not have access to guns or weaponry.

Word of warning to gun control idiots:
When only the military, police, criminals and psychiatric patients possess arms, you officially have a "police state".
Posted by Dr Clayborn at Sunday, December 16, 2012 0 comments