In order to comprehend what are “little Trojan horses” and their ability to run free in American cities, we have to skip over the liberal bull-manure of political correctness.  Conservatives need to come out of their closets like “freshly married gay males” [irony] and tell the public what’s been going on behind closed doors, or rather open border doors to America.  The “Trojan Horse” or "Horses" are Muslim Terrorist Cells who have occupied America pre-911.  Today a single [one] Muslim Terrorist or Islamic Terrorist has the power to dictate western culture and lifestyle, especially in America.  This has been made possible through the courtesy of liberals and the Democrat Party dismantling the U.S. Constitution and promoting political correctness. 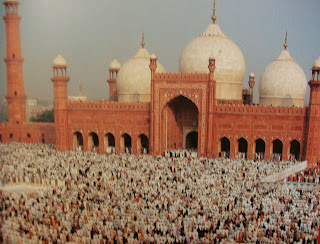 Restricted Media Coloring
With an amateur dictator [Idi Amin Hussein Obama] ruling America  as if America was a “fourth world nation,” America has become a nation of political correct liberal buffoons.  America has become a nation bent on political correctness  [liberal ideology] to defend the color of a person’s skin in order to evade racial profiling of a Muslim Terrorist bomber.  Rule of thumb in America today; regardless if a dark skinned individual blows up a city, it is deemed inappropriate by the standards of MSNBC, CBS, ABC, CNN, NBC, PBS, NPR and FOX news to describe the dark-skin-suspect as a “dark skin” suspect.

Free Gift for America [Terrorism]
Evidently America didn’t take a world history class study on “Beware of Muslims Bearing Gifts” [aka Greek Trojan Horse].  The “Trojan Horse Gift” from the Muslim world to America simply depicts America inviting Muslims to live in a western society.  The irony is that liberal standards [abortion, gay marriage] totally offends and threatens the Koran’s standards.  But liberals through their ignorance believe they can live in peace with Muslims regardless of contrasting life beliefs.  America has become so dumb and politically correct that it gives thanks to the Muslim Brotherhood for the opportunity to reach out and dialogue with the Muslim-Terrorist-World.  But in the mean time American cities are being blown up by Muslim Terrorist [aka Boston Marathon 2013, New York 2001, etc…].

Kids Running the Show
It is amazing how America has fallen so low in prominence and power in such a brief period of time [2008-2013].  Within such a brief period of rapid deterioration how could such a prosperous nation as the United States of America trip and fall from global dominance?  Global respect is so low for America and political correctness is so high in America that "one" 19 year old male [Boston Marathon Bomber] can control millions of American tax payer dollars by dictating the security level of the most powerful nation on earth.  If “one” or "two" [so-called-dark-skin] 19 year old males can dictate "martial law" and shut down American cities and destroy America’s lifestyle of freedom [stay inside and lock your doors], what would be the results of fifty so-called-dark-skinned 19 year old females performing a “Boston Marathon?" 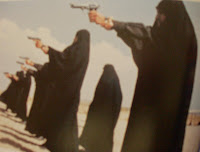 Trojan Horses Running Wild in America
The “Trojan Horse” [Muslim Terrorist Cells] has been delivered to America and received with open arms by the inertia within America [liberal Democrat Party].  Islamic or Muslim Terrorist Cells in America have been protected by an amateur American dictator [Hussein Obama] who forces the populous to take political correct classes.  Islamic or Muslim Terrorist Cells will continue to be protected as liberals and the Democrat Party demand terrorist have "Miranda rights" in America.  Dark skin terrorists will have special extended civil rights protecting them as the enforcement of “dark-skin-sensitivity-training-courses" from MSNBC is mandated by the Obama administration.  MSNBC will have their #1 "dark-skin-training-specialist “ Al Sharpton” overseeing dark-skin-sensitivity-classes beginning next week. Chris Matthews will be the alternate #2 "dark-skin-training-specialist."

As Carol-Anne in the movie “Poltergeist” would say; “THEY'RE HERE!” [Muslim Terrorist Cells].
Posted by Dr Clayborn at Saturday, April 27, 2013 0 comments