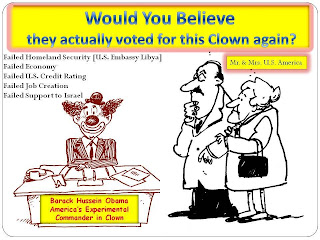 Utopian America by Default
America was not built on simple minded liberals that believe in utopian dreams [everyone is the same], nor was America built on blind loyalty or special allocation of class recognition [class warfare].  From 1776 through the industrial revolution America was supported by strong men and women who didn’t mind getting their hands and feet dirty, unlike todays feminized populous that only knows how to hold a smartphone.  America was built on serving this country with blood, sweat and tears provided by American Indians, American Africans, American Europeans and American Chinese; all who participated in building railroads and farming this land.  America was a rational nation from the time of its infancy and into two world wars.  After dual world wars America became soft and complacent with liberal ideology creeping into the education system and culture.  To serve the country out of love and respect has been replaced by irrational self centeredness accompanied by a society not capable of comprehending the basics of life, knowing that a woman was made for a man and a man was made for a woman [procreation-national survival].

They say we live in a nation of democracy and freedom, but that’s a flat out lie for any real American to lay claim to.  Those who are rich and wealthy don’t have a clue of the irrational representation of American taxpayers by elected officials.  Where there was shame in political official’s behavior of unbecoming professionalism is now common character.  How does a nation relearn to govern itself properly and appropriately?

Since 2008 it seems as though America’s government has become an adolescent state of childlike misfits legislating laws direct from their utopian dreams.  The past five years have proven an administration incapable of comprehending how to govern itself under capitalistic venues to bring about expected prosperity.   Has America lost its ability to understand how to properly and appropriately govern itself without giving up its sovereignty to cowardly treacherous politicians?  Only you can be the judge of this issue, but judge you must before America’s clock stop ticking.

“Order & Function” Should Not Be Complex
We take for granted that people in America know they are living in a sovereign nation guided by Constitutional laws and freedom, but they don’t.   Since America has lost its way in life and place in the world maybe America should be placed in special education classes to help reform and regain its national identity and worth.  Here are two basic parallels of comprehension to help America’s current generation develop an understanding of “order and function.”  Understanding how “order and function” is applied to help direct a nation or any entity to properly manage itself is something Americans must relearned.   Stay with me on this, we’re trying to help the next generation of Americans…. for example: 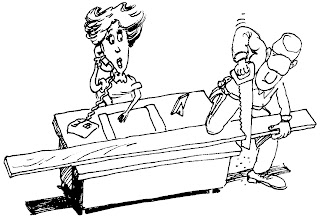 “Example Situation of Order & Function:”   What are the basic tools of Trigonometry principles?  The answer is; the only way to utilize principles of Trigonometry is to comprehend the analytical trigonometry applications.   Such involves the comprehension and familiarity of trigonometric identities, angles and arcs, degrees and radians, pythagorean theorems, trigonometric functions and accuracy of calculated values.  That’s how you utilize Trigonometry, through its order and functional approach.  Stay with me on this…

A nation built on democracy [aka America] must prove itself daily in “order & function.” In like manner America and Trigonometry are similar in functional application, but America is not as complex, or rather shouldn’t be as complex.  How does America perform “order & function” as a nation?  First and foremost the populous [American citizenry] must be in unity in comprehension of its Constitution and Laws legislated to support a functional democracy indwelled in capitalism.   If a nation is splintered into sub cultures that reinterpret Constitutional laws unto their own perception, there is no national unity.  This is the condition of America today, sub cultures have splintered into greedy political sects seeking power and monetary advantages.

How can America be placed back on track in applying its principle foundation of function as a capitalistic society?  The answer is America must relearn who America is.   Political correctness and liberal social engineering must be discarded in order for America to regain traction in democracy and capitalism.  For starters every American citizen [child or adult] must have the basic knowledge of how the United States developed out of the history of western civilization.  There are basics to know about the world and basics to know about the United States of America.  Those basics begin with basic knowledge of world history and learning about the Old stone age, the Neolithic age, the River Valley civilizations, the diffusion of Urban civilizations and ancient Oriental empires.  From that point you escalate into the history of the Roman Empire and its democracy rule.  From that point you fast forward into today’s dominating democracy, The United States of America. 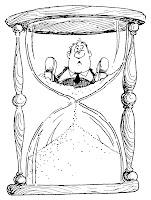 World history has proven that the majority of leading nations of democracy normally fade into its own complacency and internal destruction.  The American populous of today is ignorant of historical nations that formed democratic values.  Also the current generation of Americans must come to bear that America was built on the founding principles of the Bible by its founders.  Here’s a piercing snapshot of how America formed its democracy.   America has been blessed enormously with prosperity and power that the world has never known.  Unfortunately America has departed from holding to its faith in Biblical structure to guide our laws and moral values.  Such is what America’s founding fathers and mothers had taught.  The end result is God turning His Back on America from their literal transgressions of ignoring the basic truth about God and life itself [procreation vs homosexuality].  One historian sums up the existence of all historical democracies as temporary entities.  This may be true, but America was built on the dependency of trusting in God’s providence.

Historian Alexander Tyler pinpoints attributes of how a nation of democracy falls from greatness:

"A democracy is always temporary in nature; it simply cannot exist as a
permanent form of government. A democracy will continue to exist up until
the time that voters discover they can vote themselves generous gifts from
the public treasury.  From that moment on, the majority always votes for
the candidates who promise the most benefits from the public treasury,
with the result that every democracy will finally collapse due to loose
fiscal policy, which is always followed by a dictatorship."
"The average age of the worlds greatest civilizations from the beginning
of history, has been about 200 years. During those 200 years, these
nations always progressed through the following sequence:

1. From bondage to spiritual faith;
2. From spiritual faith to great courage;
3. From courage to liberty;
4. From liberty to abundance;
5. From abundance to complacency;
6. From complacency to apathy;
7. From apathy to dependence;
8. From dependence back into bondage "
End of quote


America has actually reached a level of dependency [non-production] and is about to cross the threshold back into bondage.Barack Hussein Obama [aka president 2008 -2016] has guaranteed this level of dependency-democracy [aka socialism].  Under Barack’s tyrannical rule he has indoctrinated a fixed socialist diagram to cloak over America’s capitalist design.  By this effort of trading American capitalism for European socialism, Barack has thwarted future American generations from becoming producers of prosperity.  Barack's communist agenda has reengineered young Americans into becoming dependents of a socialist cast.


When Foreign Nationals Take Over
The term “Serving Your Country” in modern America is basically a mockery of past patriot loyalty.  Serving your country is not justified by becoming a politician.  Serving your country is not justified by you holding a government job or being a public union employee.  The reality today is the bulk of federal, state, county and municipal workers are to high degree non-American citizens [green card, illegal aliens, foreign national citizenship]. 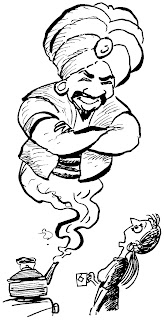 If you want statistics on this truth visit any DOV office [dept of motor vehicle], Federal building or Welfare office.  Most government jobs at the middle and low level positions are saturated with non-Americans.  There is no need to wonder if our government will ever return to operating from its original format of “Truth and the American Way,” it’s just not going to happen.  In order for a retransformation back into the “Truth and America Way” many foreign workers employed into the U.S. government would lose their jobs.  Barack and the Democrat Party will not allow this to transpire, killing their voter base of liberal government employees, which account for 70% or more of government employment.

As the U.S. evolves in diversity [according to liberal standards] a mammoth of foreign cultures have encroached upon the Constitution of the United States of America.  Foreign cultures have virtually re-calibrated our Constitution to force our Constitution to assimilate into foreign culture-principles.  In American history the primary objective for America to allow foreign nationals to enter America was to require them to assimilate into an American culture of laws.  That order of national sustainability has been discarded by our current Department of Justice [Eric Holder] and his socialist president [Barack].

Let’s get to the point; America is no longer sustained by a rational government as it once was in the past 232 years [1776-2008].  As America continues to crawl in its diapers at the tender young age of 237 years [1776-2013] the nation has defaulted from its constitutional design.  With the “Barack Hussein Obama Regime” in power the nation has become dysfunctional and irrational in sovereignty and existence.  It is no secret that once foreign nationals who are not American born or American raised are given opportunity to influence legislation they will accord their foreign standards.

Those that are foreign born of the past forty years who moved to America have a completely different agenda of government rule than our traditional constitutional frame work.  Through their intelligence and education they have dominated American culture by eroding the meaning of freedom and liberty and replaced it with socialist and communist framing.  This is evident by the laws of the land being changed to accommodate foreign interest.  In other words “white liberal ideology” has totally embraced socialism over capitalism.

What has resulted in America is grouping of liberals, foreign nationals and docile democrat voters who desire no independent thinking.  The general intelligence of the populous is incapable of ciphering the proper role of government.  Leonardo Da Vince properly framed today’s democrat voter’s cloned mentality:

“Iron rusts form disuse; stagnant water loses its purity and in cold weather becomes frozen; Even so does inaction sap the vigor of the mind.”

Once again, we all know the demographics of America has changed permanently from Caucasian majority to Foreign National majority.  American descendants have lost the motive and passion that drove this nation into great production and prosperity. 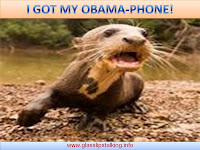 With nearly 50% of Americans on some type of government assistance the population has become complacent and nonproductive in general principle.  Liberals and foreign nationals have identified this national deformity of social dependency which has been indoctrinated into the psyche of American descendants.  In return liberals have gained mental superiority over a complacent and gullible populous by dominating over them with political power to rule.

The results of liberalism and foreign nationals inhabiting American politics and government has developed a permeating irrational rule of socialist leaders overseeing a capitalistic society.  In other words America exists today as an irrational nation governed by irrational representation.
Posted by Dr Clayborn at Sunday, November 17, 2013 0 comments