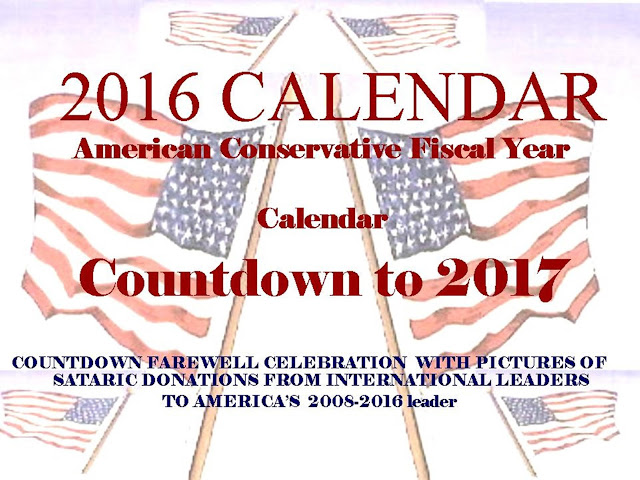 We’ve waited long enough for America to reach “SWEET SIXTEEN” [2016]; the very last year we have to endure the biggest mistake in American History, allowing a communist muslim to slip into the oval office.

Now, lets countdown together as red blooded Conservative Americans in unity the last days of old "2008-2016" never to be seen again on this earth.  Every Conservative in the United States of America should have a “SWEET SIXTEEN” calendar.  2016 will be a historic occasion for every red blooded Conservative American to celebrate as the United States of America countdown to 0 [ZERO] days of muslim obama rule.  Just think about it, this is the last year Conservatives will have to see the face of a communist-socialist-muslim community organizer in the oval office.

This 12 month 2016 Calendar was designed for American Conservatives as a “Relief and Celebration Calendar” of the last year of muslim obama rule over America.  This "SWEET SIXTEEN" calendar offers Conservatives monthly political humor relief as we count down to 0 [zero] days of muslim rule in America.

In this "SWEET SIXTEEN" 2016 Conservative Relief Calendar you will find International World Leaders giving their satiric farewell to America’s first and last muslim ruler.  Inside the calendar you’ll get a first hand look at exclusive farewell donations offered by Conservatives for the muslim obama klan.

Also included in this calendar is the famous “Otter Tales” from ACB Newspaper archives. "Otter Tales" gives descriptive sataric statements from Otter’s living in America during the abominable 2008-2016 years of socialism indoctrination upon Conservative Americans.


LOOK INSIDE - EXCEPTS FROM
2016 CONSERVATIVE
SWEET SIXTEEN CALENDAR
below: 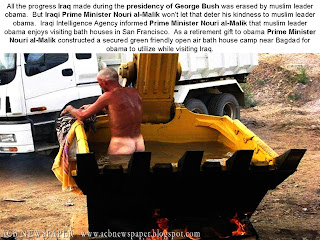 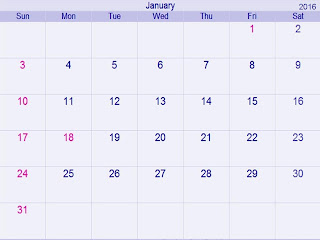 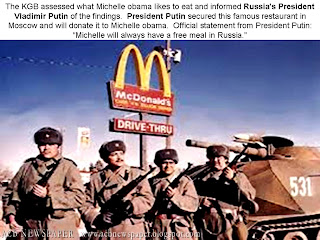 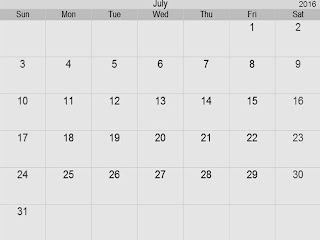 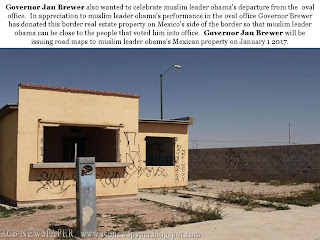 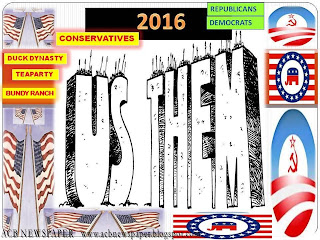 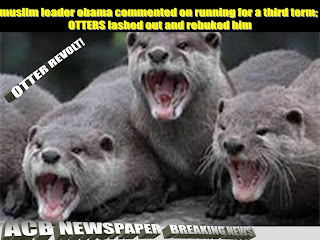 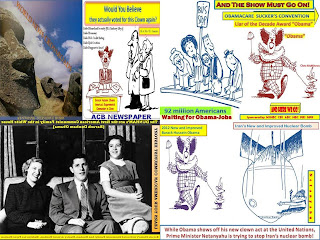 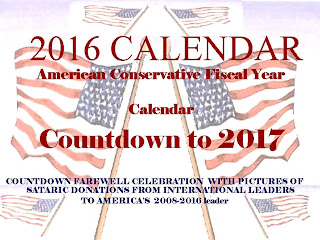