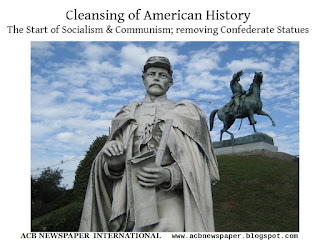 THE LEGAL TRUTH
President Trump may have been incorrect saying there was fault on both sides of the Charlottesville’s protest and anti-protest equation.  White supremacy is a fading fad in America. Today America must confront its real problem; "WHITE LIBERAL SUPREMACY."Regardless of the life philosophy of the KKK, they legally and rightly carried out their constitutional rights to LEGALLY protest. The WHITE LIBERAL SUPREMACIST say the KKK shouldn't belong on the planet or in the United States of America. If the KKK must be ousted or eradicated from the American populous then so should illegal mexicans who flash their arrogant unlawful daily presence in our face. Not only should illegal mexicans be dismissed from America immediately but their distant genetic muslim “cousins” who dare not to denounce their family members that conduct terrorist acts in America and world wide.

If put in proper perspective the KKK has only done the same thing they’ve always done in the past, obtain legal permit to protest.  They have always had the legal right to march or have legal protest assemblies. What has been added to the equation of social unrest and obligatory social reversal of selective civil rights is how the “WHITE LIBERAL SUPREMACY populous” has conquered the American society.

The problem in Charlottesville Virginia and Durham North Carolina is not the KKK, for we know all about the KKK life philosophy and surely the white liberal networks and press are well beyond being endowed with knowledge of this American populous for decades. The problem in Charlottesville Virginia and Durham North Carolina is the WHITE LIBERAL SUPREMACY populous working under white hooded sheets tattered with call outs of false freedom and unlimited liberty propaganda via their political correct religion. Under careful observance we find the WHITE LIBERAL SUPREMACY anti-protesters in Charlottesville having an evil spiritual hate for the KKK obtaining the legal right to protest in a non-violent order. This goes completely against what Dr. Martin Luther King Jr. preached and taught America [non-violence].

Contrary to the WHITE LIBERAL SUPREMACY political correct religion it seems as though the KKK has learned a little bit of common sense from their estrange tutor Dr. Martin Luther King Jr. to apply the non-violent tactic approach in voicing their opinion. Unfortunately the WHITE LIBERAL SUPREMACY groups across America have said “To Hell With Non-Violence.” By default you would think the WHITE LIBERAL SUPREMACY anti-protesting group would have a significant intelligent advancement approach to deliver their anger and dismay at their distant and near Caucasian Cousins the “KKK.” Why isn't there a looming question hovering over the heads of the WHITE LIBERAL SUPREMACY activist about their hunger and desire to physically confront and do harm to the KKK’s legal right to assembly? Maybe liberal networks NBC CNN ABC CBS PBS NPR MSNBC can offer an answer to this quagmire.

WHITE LIBERAL SUPREMACY MISCALCULATION
There is no need to regurgitate the same old synopsis of the “1960’s Martin Luther King Jr. civil rights movement.” Definitely America doesn’t need young WHITE LIBERAL SUPREMACY punks and brain washed black activists to school-us on civil rights and justice for all. What America need to do is body slam these irritating agitating WHITE LIBERAL SUPREMACY fools down to reality in order that they may know that we don’t live in a perfect society and we never will be able to. Any rational human across the globe knows this to be true. Here’s a simple fact of life that utopian-driven-black-pawn-abusers “aka WHITE LIBERAL SUPREMACIST” will always fail to comprehend; “where ever there are people there you will find problems,” history has proven this for thousands of years. In addition to this TRUTH; “where ever you find MORE PEOPLE you will certainly find with absolute MORE PROBLEMS,” history has proven this for thousands of years also. 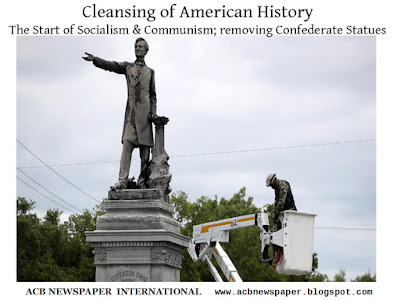 Main stream liberal networks and local liberal controlled news stations have leaped upon Charlottesville and Durham as the best piece of “FRESH MEAT MEDIA” they've had in a long time; Race Meat-Race Meat-Race Lets Eat!. It’s possible I’m the dumbest person in America but it’s also possible that you could be the dumbest person in America also. BUT our basic comprehension of U.S. Constitutional laws dictates the KKK having the right to peaceful protest and lawful assembly regardless of their life philosophy without being disturbed. Do WHITE LIBERAL SUPREMACY lesbians and homosexuals males have the same rights as the KKK, well yes, that’s been proven well over the past eight years 2008-2016 in America.

WHITE LIBERAL SUPREMACY has had the right to flaunt their immoral anti-pro-creation life philosophy via public acts and protests, mostly illegal protest. They ensure the public is well aware of their life philosophy of males prodding their penis into another male’s anal cavity and females using their tongues to lick on another female’s vagina. BUT can you handle the truth America? Such private human activity is now approved openly through daily liberal media network television programming and actual public city parades [San Francisco]. Did you not know such WHITE LIBERAL SUPREMACY life philosophy is now being normalized in public school learning K-12th grade? 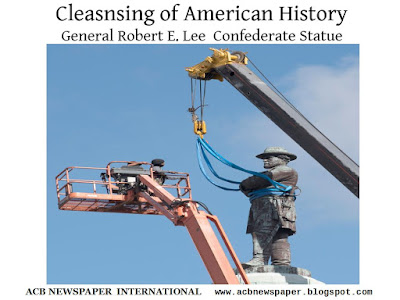 Situation comprehension clearly lays out that If the KKK had been given the opportunity to carry out their legal protest assembly without being confronted by angry, hateful, mean-spirited WHITE LIBERAL SUPREMACIST and  their tag-along civil rights black pawns there would be no continuing news of violence for white liberal network media to feed upon. But instead as usual the coordinated effort of WHITE LIBERAL SUPREMACY establishment joined by misguided black post-civil rights pawns proves the point of deliberate agitation on the part of WHITE LIBERAL SUPREMACIST anti-protesters towards the legal KKK assembly protest. 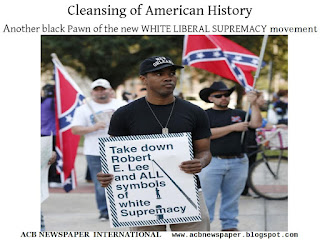 First are WHITE LIBERAL SUPREMACY groups combined with mentally-stained-civil-rights blacks demanding their rights of anti-protest-freedom-of-speech be carried out to block the rights of legally assembled KKK participants.

Third, the WHITE LIBERAL SUPREMACY anti-protesters psychological honing was to forward an irate mental disposition to eradicate a part of American History by destroying the “Old Joe” statue.

Fourth, how can the United States of America allow WHITE LIBERAL SUPREMACY sects dismantle American History before our eyes and replace it with retarded made up history which try’s to depict a false feel-good import of unreal American reality.


The KKK culture and life philosophy can never be removed from America, they are a part of our history and always will be a part of our history.  The problem that exist today is the current generation of WHITE LIBERAL SUPREMACY. If white liberals and their black activist pawns were smart they would leave the KKK alone and let them live according to their life philosophy. But today it seems as though white liberals and black activist pawns decry the existence of women, children and men of KKK life philosophy and mandate they be eliminated from the American populous. Such is the ULTIMATE IGNORANCE of human expression that is grafted into the heart of WHITE LIBERAL SUPREMACY participants. 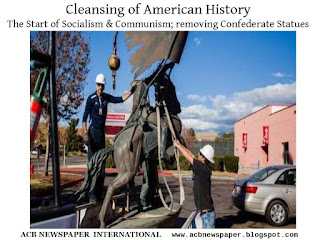 There is a THIRD LAW OF PHYSICS that can never be changed; “FOR EVERY ACTION THERE’S AN EQUAL OR MORE OPPOSITE REACTION.” WHITE LIBERAL SUPREMACIST had better take heed to this proven historical wisdom and warning.