“If You Must Break the Law, Do it to Seize Power” JULIUS CAESAR 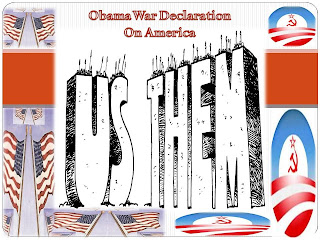 “I Came, I Saw, I Conquered” JULIUS CAESAR
America’s 2008 Manchurian Candidate has executed Julius Caesar’s historical judgment [If you must break the law, do it to seize power] since 2008 with great results to last through 2016.  Barack Idi Amin Hussein Obama will accomplish his desire to seize total power over America and build an impermeable political power shelter with no formidable resistance to him.  In addition to orchestrating his political wrath of war on American Conservatives, Christians, Republicans and Oil Drilling, Obama has now unleashed the ultimate civil war weapon.  Without shame and with deliberate intent he has now enacted rekindling pre-Civil War sentiments of racial hate and division.  He has given directives to pit Caucasian descendants against African descendants in daily civil unrest [aka Zimmerman, Martin].

Why hasn’t Obama focused on America’s economy the past five years instead of homosexuals, illegal Mexicans and global warming?  There are more than 4.2 million less jobs in America since the 2008 Manchurian Candidate was placed in the Oval Office.  Only 63% of America’s capable-working citizens are working.

His reason is to divide and conquer America on social issues that are irrelevant to the nation’s survival.  Obama and Attorney General Holder are virtually seeking blood to be spilt on the streets of America via racial agitation and presidential directives.  Human blood from Caucasian descendants and African descendants will justify Obama’s seize of power to rule by executive order and martial law, then will he be satisfied with changing America according to his acceptance speech in 2008.

Obama’s Civil War
Over six hundred eighteen thousand three hundred twenty two [618,322] Caucasians lost their lives in America’s Civil War [1861-1865].  Add thirty seven thousand [37,000] Africans who fought along side their respective regiments and died brings the rounded off estimate total of civil war deaths to nearly seven hundred thousand [700,000].  Evidently 700,000 deaths based on racial divide do not faze Barack Idi Amin Hussein Obama.  Obama continues to add daily improper adolescent inflammatory rhetoric to incite more deaths in America via Martin/Zimmerman trial case.  Remember, blood is Obama’s signature stamp of declaring war on America.   You may ask “how can the president wage war on his countrymen?”  The answer is simple; he does not consider “the half of America” that didn’t vote for him to be his fellow countrymen.

Self preservation is the most profound form of natural instinct that any human can manifest.  Even the most primitive form of life on this earth will direct all its power to manifest defensive measures to survive.   In terms of national preservation the United States of America falls below par in its ability for self preservation [4.1% of GDP].  Added proof of the detrimental fact that America cannot sustain self preservation includes the populous bent on supporting a false leader named Barack Idi Amin Hussein Obama who has defamed the Constitution and decreased America’s Military Power.

Please take note that Americans have lost their comprehension of what a leader is to be.  We know the reason for America’s inept comprehension is largely due to social retardation stemming from the current generation of young liberal Caucasian adults and old hippies.  These two groups combined with left-over race baiting NAACP members are hinged on duplicating social conditions of the 1950’s civil rights movement into 21st century America.  In addition, America’s young voting generation has become handicapped with a deformed attention span.  Society in general has lost sight of national priority and become geared to satisfy their celebrity fanaticism.   Parallel with society’s mental collapse around celebrity royalty the nation simultaneously discards GOD's WORD from having any impact on morals and values.

Forcing non-priority social issues to the nation’s forefront by America’s 2008 Manchurian Candidate has been the key to enabling Barack Idi Amin Hussein Obama to initiate a declaration of war against the world’s most prosperous democratic citizenry [Non-Obama-Voters].
Posted by Dr Clayborn at Monday, July 22, 2013 0 comments