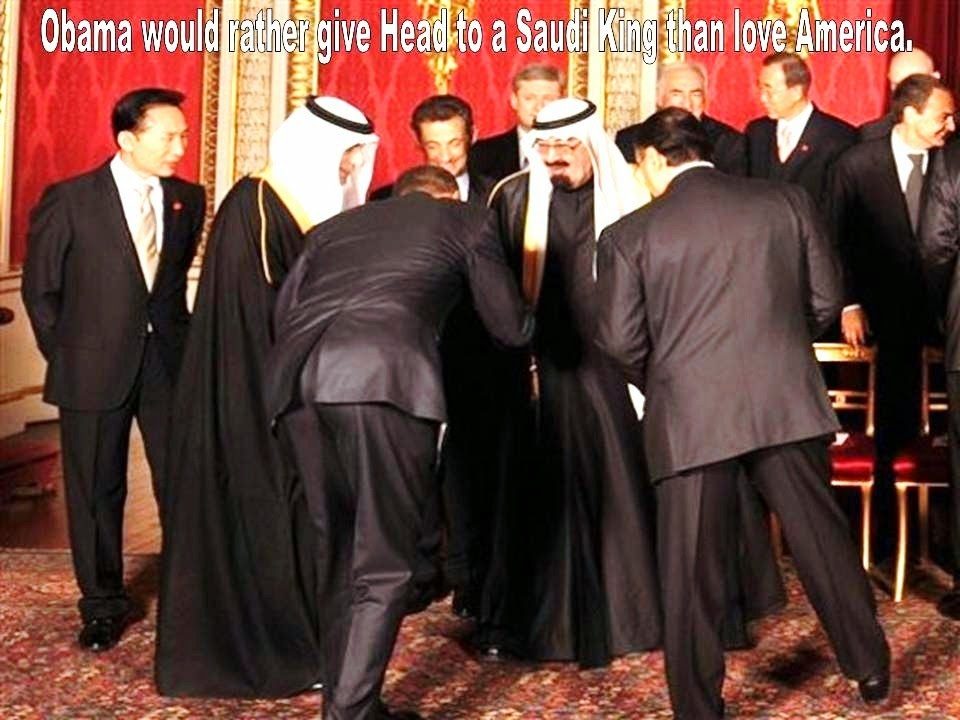 Former NY Mayor Rudy Giuliani was correct, perfect, on target and telling the truth about ’s muslim president obama not portraying love for the country.   Muslim president obama would rather give head to a Saudi King than try to love America.   Anyway, pay attention to the aftermath and onslaught response by white liberals against Rudy's comment.   Their venomous boiling hatred for Conservatives is the perfect example of why the is no longer “The United States of America.”

WHITE LIBERALS OWN SLAVES TODAY!
White liberals and their indentured black servants [Jessie Jackson, Al Sharpton, NAACP, Maxine Waters, Elijah Cummings, Barbara Lee, Henry Hank Johnson Jr, Congressional Black Caucus, Shelia Jackson Lee, John Conyers, Charles Rangel, Robert Scott, Eddie Bernice Johnson, etc…] allow the word love to roll off their lips and yet have no tolerance for the meaning of love.   They also don’t have the slightest comprehension of what real love is.   That’s why white liberals prove everyday that liberals and Conservatives can’t live together and shouldn’t live together, because white liberals’ concept of love can only be witnessed in an animation cartoon movie.

IF MUSLIM OBAMA LOVES AMERICA, WHY TRANSFORM IT?
We all know since 2008 the United States of was virtually transformed from the to the Anti-God States of .  That’s why there’s an uproar by white liberals to protect the first muslim president has ever had.   In true assessment white liberals have come running to muslim obama’s side to help distract ’s attention from what muslim president obama actually loves [muslim brotherhood and islamic terrorist].

CAN WE TALK NOW?
Now that we’ve got that assessment of current affairs out of the way, let’s focus on what you can do to help comprehend its national demise of broken unity among states.   Other than the civil war between the states, America has never been as divided as it is today, and it’s all because of America’s first and hopefully last muslim president obama promoting and intentionally dividing the nation by class warfare, race baiting, promoting homosexuality, promoting gay marriage, approving abortion, rallying anti-Israel sentiments, lying to Americans about obamacare and supporting muslim faith over Christianity.

It’s your turn now [real Americans] to make a final decision in which direction must go.  All the preposterous idiots that have been in office for over twenty years have now been identified and targeted for removal.   After 50 years of national downward spiral produced by career congressional government leeches, it has been proven that ’s problems are the result of career politicians and their partisan policies and their frivolous redundant legislation.   Politicians who’ve held office for 20, 30 and 40 years and allowing a muslim president obama in office are why is in its depleted moral condition.   But it’s your turn now [real Americans] to wash away ’s problems and recondition according to the Constitution.
Unfortunately the process of washing [voting] career politicians out of office is not the complete solution.   Soon and very soon a defining moment must be unveiled before the eyes of .   The defining moment coming forward will convict the American nation of its un-Godly civil practices, lewd social behavior and degenerate laws.   In correlation can expect another defining moment to come which will unveil truth before its eyes, giving way to marking a crucial final decision that liberals and conservatives must make together.   That decision will be based on accepting the fact that is no longer a united entity; the decision will be how and when secession will be implemented.

The former fifty states known as the United States of America are no longer a nation of united people, but has evolved into segregated satellites of foreign implants [legal and illegal implants] propagated by liberal rule of law.   There’s no surgical process that can mend the back together again.  Reasserting the Constitution upon ’s overwhelmingly liberal populous will not re-create as a unified entity ever again.   If the trio of Buddha, Mohammed and Confucius all stood in the front door of the White House and preached a united plan to save America as its founding fathers and mothers intended, the trio would be locked up for circumventing hate speech.
Posted by Dr Clayborn at Friday, March 13, 2015 0 comments 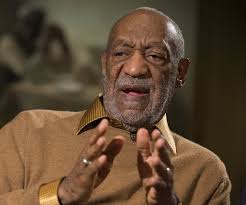 SHAME ON THE NAVY
The U.S. Navy has announced revoking an honorary title given to Bill Cosby “CHIEF PETTY OFFICER” due to sexual abuse allegations by low moral women of the entertainment society. 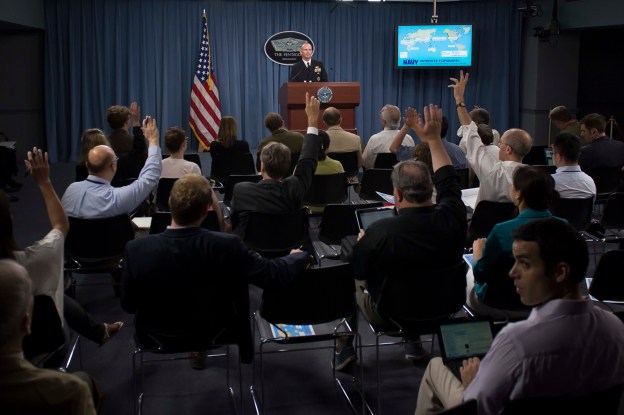 DOUBLE SHAME ON THE NAVY for being co-conspirators against Bill Cosby.    has lost all respect for itself and without doubt holds disrespect for its pioneers of the past including the founding fathers and mothers of this nation. What this liberal anti-Christ society fails to comprehend is no one is perfect, not even them.  Also it’s a guarantee that every mean spirited liberal who points a finger of judgment at others who share not their partisan political theory and lifestyle dare to create an open witch hunt on those who don’t believe what they believe.  These political correct domesticated anthropological regressed egotistical liberal species flaunt their super infatuated inflated flawed psychological premises upon individuals, companies, groups and various entities at will to capitalize on fame and riches.  In ancient times this type of social partisanship is called witch hunting.  Of course these modern day witch hunters [anthropological regressed egotistical liberal species] are the culprits of evil in this country.

This brings us to the formation of today which involves U.S. Navy, AirForce and Army becoming culprits and adjoining menaces supporting the new morality of today.  The military of has succumbed and proven to be subjected to the will of lower values sponsored by debased moral individuals ruling this nation.  The concluding evidence is clearly depicted by ’s current leaders which constitutes sissies, punks and lesbians which run this country.  By default today ’s military must conform to the transition forwarded by current White House liberal leadership. The transition derives from lower moral standards and double value standards.

POLITICAL WITCH HUNTERS
Forgiving the trespasses of another upon you are no longer an acceptable social value in America.  There use to be a code of honor of forgiveness towards our fellow Americans, but that has been erased and replaced with vengeful hearts and minds.  Now cowardly witch hunters seek to destroy those who don't fit the liberal utopian ideology. Everyone is subject to being guilty before being innocent in today's American sissy run socialist society.

Bill Cosby is a current target of the expedient political correctness court, but this is not the first time the political correctness court has tried to destroy good Americans.  As scripture places value on liberal values “he who is without sin cast the first stone!”  But scripture does not apply to this modern anti-Christ American society, because liberals and homosexuals can throw boulders and bricks at anyone they don’t like and get away with it.  Today Bill Cosby is getting slammed with asteroids in his face along with a guilty verdict before any legal court trial is initiated.  All of this is sponsored by the political correct domesticated anthropological regressed egotistical liberal species and the U.S. Navy. 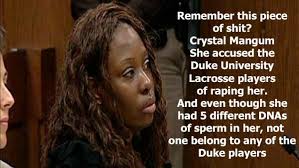 In one of the most famous rape cases to ever make national headlines, Crystal Magnum, an African-American exotic dancer, accused Reade Seligmann, Collin Finnerty, and David Evans of gang-raping and beating her during a party. The entire country was quickly convinced of their guilt through liberal witch hunters.  But the witch hunters after the Duke Lacrosse young men ended up with dung in their face.

It was 13 months after the incident happen all charges were dropped. No DNA material matched any of the three men were found on Magnum’s clothes or her body.  The three men have since settled with Duke for what is rumored to be $20 million each, and Vanity Fair estimates that the entire case, including the legal fees, settlements for the falsely accused players, and other public-relations related issues, cost the university $100 million.

So, twenty or thirty years later women come forward with allegations that Bill Cosby raped them.  I would like to see the DNA results for this case, which is nothing but black mail and extortion.  And so was the Duke Lacrosse Rape Scandal.  Shame on the Navy for being co-conspirators against Bill Cosby.  Let the court of law be the judge of Bill Cosby and not the U.S. Navy and liberal witch hunters.   Although the statue of limitation should have run its course after 7-10 years for this Cosby issue to be solved, but not in the land of liberal utopia America.   Therefore let this be fair warning for those who’ve done wrong in this country [illegal mexicans are excluded]; there is no longer a statue of limitation according to liberal laws and policies.


To refresh everyone's memory of how the media castrates individuals who don't fit their profile of being submissive to them, please try to read the 04/26/06 USA article "A Perfect Storm" reporting of the Duke Lacrosse Rape Scandal  http://usat.ly/1CbWsQm

It will be hard for most civilized Americans who believe in "innocent until proven guilty" to read all of the article.   But if you make it through the reading you'll realize how liberal media propaganda filters speculation into unproven liberal-truth for its docile followers and Al Sharpton groupies..  .
Posted by Dr Clayborn at Sunday, March 01, 2015 0 comments