Strengthening America "BY ANY MEANS NECESSARY" 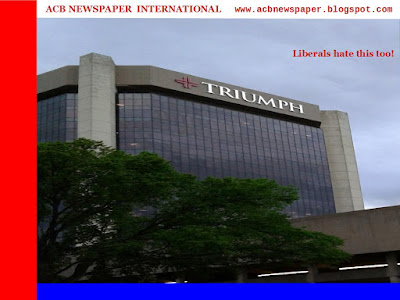 EVERYONE must keep in remembrance during this date and time of United States History the nation itself is now under siege without debate by a truly “deep state official sub government” of bogus gloating, rhetorician propagandize leftist partisans via socialist/communist directives. On the other hand in my humble opinion as a Political Psychiatrist I've determined that America is now under siege by elite rich liberal socialist/communist bastards.

Giving fair play to those who leak private official presidential consults involving leaders of other nations should be tried by treason and hung. It’s time to stop playing with liberals who conspire with enemies of the United States of America. Either we’re governed by un-compromised constitutional laws regarding treason or we lay down those laws for liberals to spit and walk on.


America appreciates President Trump disclosing his "born-again-Christian-trait" but he must be reminded that the True and Living God of the Bible has very limited tolerance towards those who defy truth and righteousness [namely unrepentant sinners, but especially liberals]. There is a tipping point of diminishing returns in all aspect of trying to compromise with groups [Washington Post, New York Times, CNN, MSNBC, etc…] or individuals [Maxine Waters, Nancy Pelosi, Chuck Schumer, etc…] that purposely seek destruction of others to manage their own gain. Liberals in America have fulfilled such an agenda dismantling America’s social foundation through implementation of ruinous social tactics. 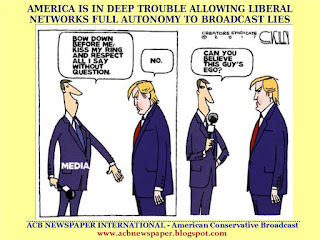 In years past elite and uncivilized liberals [pre-political hippies] motioned in silence forwarding liberal social standards and laws favoring a liberalize agenda which true purpose is to deconstruct Christian/Conservative moral standards and correlating laws. If you were to study world history you would uncover hundreds of civilized nations that were suckered and obstructed by liberal-utopian thinkers [socialist/communist] flashing upon its citizenry the need to become progressive and unattached to law and order via anarchy for freedom. This is true today of the United States of America having allowed in the name of “freedom and liberty” groups of superciliously anti-Americans [liberals] gain control and sub govern [without constitutional foundation] an unusual gullible mass [49%] of foolish-populous who have no alignment or loyalty to the nation of the United States of America.

Whether liberals like it or not, America now has President Trump who “profess to be a Christian.” This is quite the opposite of America having to endure 2008-2016 a lying “George Soros mulsim puppet obama” who sporadically danced in black baptist congregations. Yet while dancing a jig with blind black voters, in official presidential duties obama aligned himself with his muslim brotherhood to give them spiritual and heavy monetary support. The irony is Mr. Trump may want to take consult from another muslim leader named Malcom X.   Malcom X was a loyal dedicated muslim and yet he was actually killed for telling the truth about muslims, YES by the hands of his own muslim brotherhood.  Malcom X made a powerful historical tactical warfare statement that can only be used by a strong leader who is determined to use his [President Trump] or her [UK Prime Minister Theresa May] power to eliminate their enemy; "BY ANY MEANS NECESSARY!"

President Trump’s strategy for America today must employ this successful powerful historical tactical warfare implementation "BY ANY MEANS NECESSARY," into America’s current political arena, social arena and internal military arena. This strategy must be in place in all phases of Mr. Trump’s executive decision making in order to eliminate all treasonous govenment-leakers of the UNITED STATES OF AMERICA; "BY ANY MEANS NECESSARY!" Appeasement is no longer an option in American politics or American life today. 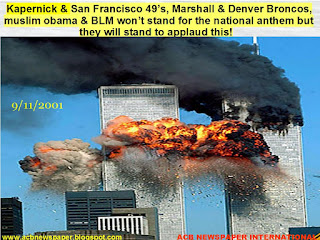 Damn trying not to hurt liberal's feelings and appeasing to be nice and fair to them, liberals are killing our constitution and country; and if they had the chance they would kill you too Mr. President Trump.