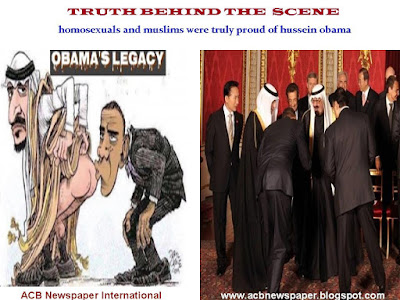 During the obama administration there were numerous appeasements made to Iran.  Obama gave $150 billion to Iran; $1.8 billion was given in actual cash.   Iran's Central Bank has a chunk of those funds readily available.  On the other hand $45 billion of the $150 billion is tied up in Chinese investment projects and the rest in foreign assets of Iran's Oil Ministry.

Now, if you think that's bad for America think about what's actually been going on since President Trump took office.  Several members of Congress [THE DEEP STATE] have literally violated the Logan Act today in support of Iran.

THE LOGAN ACT (18 U.S.C.A. § 953 [1948]) is a single federal statute making it a crime for a citizen to confer with foreign governments against the interests of the United States. 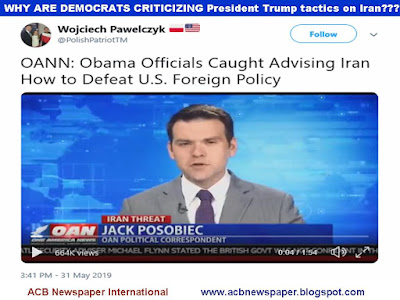 Democrat party leaders are criticizing President Trump's military tactics against Iran.  The obama deep state is alive and well undermining President Trump's every decision making [military, economic, national security, etc...].  The obama hold over officials is composed of every member mentioned above and basically the partisan democrat members who currently hold office in the U.S. Government.

Listen to what Michael Morell, who served as acting and deputy CIA director during the Obama administration said to undermine President Trump's military decision to take out Iran's military leader, and Morell strikingly gives favor to Iran:
"There will be dead Americans, dead civilian Americans as a result of President Trump's attack on Iran's military leader Qassem Soleimani possibly over the next few days in any place around the globe where Iran has its proxies."

Yes, obama CIA director Morell is definitely a member of the deep state regardless if he's not in office, he has privy security information to pass on to Iran if the price is right.  Also, please pay attention to the majority of democrat congress members and how they bash President Trump about military strikes against Iran; you would think these U.S. congress members were Iranian congress members. 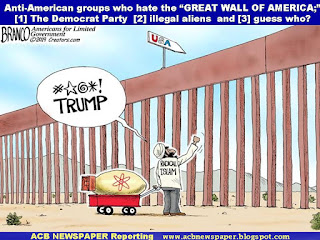 Democrat leaders [Pelosi, Schumer, etc...] should be asking the question; "What was Iran doing in Iraq to prompt President Trump to take out Iran's military leader?"  The democrat party's utopian perception of global peace is not aligned with reality.  There will always be war and Iran has promised this towards the U.S. every year regardless who is president.  The problem with America being involved in a war is to keep our military tactics and strategy away from the knowledge of democrat leadership, who in return will naturally leak our tactics to our global enemies and our domestic enemies MSNBC CNN PBS ABC CBS NBC NPR, etc... Dr BearClayborn Political Psychiatrist
Posted by Dr Clayborn at Saturday, January 04, 2020