CLOSING THE RACE COFFIN on Martin/Zimmerman


From an UnPolitical Correct Undertaker's Perspective 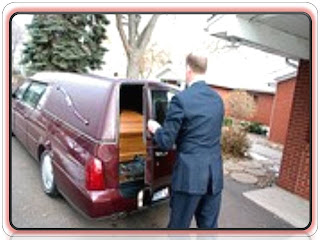 There are three primaries at issue in the case study of Martin/Zimmerman which culminates civil unrest in America.

So-called black activist preachers have taken the crown as “leaders of civil agitation.”  In the Martin/Zimmerman pre and post trial atmosphere black preachers tried their best to start a race fire in this country.  Their effort was focused on being agitators for protest groups of gullible degenerated socially engineered race and liberal mobs.  Black activist preachers [self proclaimed preachers] have nothing productive morally to offer in morals or values that would be worthy or suitable as benchmarks for young people to attain. 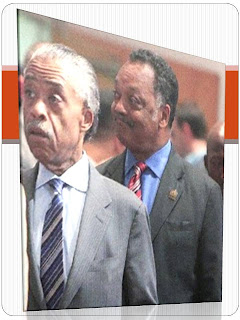 In this case of Martin/Zimmerman, black activist leaders Al Sharpton, Jessie Jackson and the likes did their best to encourage naked hatred and evilness to flourish in this Obama divided society on the back of race baiting.  Sharpton and Jackson can never be considered moral leaders or moral citizens with their shameful backgrounds.  Of all people Jesse Jackson should not be pointing his finger at anything and saying it’s an injustice to society.  Talk about injustice, Jackson made a baby in a bedroom with a girlfriend and then tip toed back into bed with his wife in another bedroom.  On top of that adulterous episode Jackson continues to preach in the pulpit about injustice in America.

We dare not forget the shameful episodes of Al Sharpton's legacy of blood on his hands from the “1991 Crown Heights Race Riots” and the Tawana Brawley Hoax.  In these two particular race baiting riots Sharpton has been identified as the agitator and instigator of race mob activity.  Sharpton was the main instigator and agitator for the race mob to murder a Jewish student in the Crown Heights Riots in 1991.  Prior in 1987 Sharpton led protests for a rape hoax of Tawana Brawley claiming a police officer and KKK raped her, but in reality she staged her fake rape because she stayed out late that night and didn’t want to be disciplined by her father.  As a result of Al Sharpton pursuing race mob action in the Tawana Brawley case, Police Officer Crist ended up dead.  Not to be discarded, but in 1995 Al Sharpton instigated a race mob to attack the Freddie Fashion Mart, in which four people were shot and seven people were burned alive in the mart.

Knowing that Jackson and Sharpton are called “men of the cloth” their actions and affiliations runs contrary to upholding God’s Word, which they claim to stand on.  These two preachers align themselves in front of adultery, abortion, homosexuality and other unseemly convenient degenerative acts which is thoroughly point blank blasphemy in the face of God, and they know this.  Black activist preachers or so-called black civil rights leaders are not alone in misleading and corrupting young Americans.  It’s common knowledge they stride with marching orders from a Congressional Black Caucus, a Democrat Congress and indirect Obama orders to hold their allegiance to ungodly authorities and entities.  In turn, these fake preachers of civil rights are leading America’s young generation to hell [walking them into darkness] instead of leading them to Jesus Christ [walking them into light].

In the Martin/Zimmerman case study there are undisputed alignments of evil intent on the part and hearts of those participating [leaders and mob activist] to deliver civil unrest.  The level of hatred and desired acts of maximum physical violence [Martin supporters] incline to rise beyond measure of what the KKK of the 1950's-1960's could produce. The KKK of the 1950’s/1960’s were confused people trying to maintain a culture belief of race separation, which is similar to what Obama is doing now by dividing the country into class warfare. 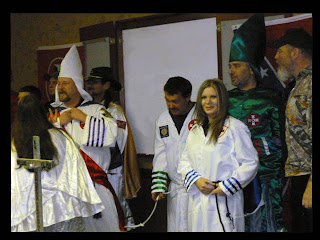 The Klan [aka KKK] was not inclined to alter their culture to correlate or conform to the American Society at that time [new integration].  Although the KKK killed innocent individuals, their depraved minds is sub-par to the thoroughly evil and wicked minds of liberals and civil rights activist of today who deliberately kill millions of innocent children yearly through abortion.  As a matter of fact liberals don’t consider babies in the womb human.  But at least the KKK recognizes babies in the womb as human and has respect for a pregnant woman, whether she’s carrying a white baby or colored baby [Obama].

The anti-god liberals and fake civil rights preachers of today call themselves civil rights promoters, but truthfully they are frauds and race baiters with treacherous intent, and therefore remain a dangerous detriment to society at large.  The KKK was not deceptive in their 1950-1960 belief in separation of race in America.  Of course they were dead wrong in their actions to alleviate the nation’s race problem.  They were ignorant in understanding what unity of a nation meant.

White liberals of today have no shame in their false claim and deception to manipulate America into thinking that race is the major problem in America; such is not true.  Race problems persist because of race baiters who profit from agitating historical race hate from long past.  Not only has white liberals accomplished forwarding false race issues but their underlying agenda is to convert America from a capitalistic country into a socialist or communist nation.  Converting America from capitalism to socialism was far beyond the imagination of the KKK of time past and now.  White liberals of today are ten times worse than the KKK of 1950’s in many respects.

White liberals on MSNBC and other network surrogates have taken the opportunity to advance their socialist prosperity at the hands of ignorant young whites and blacks who cannot discern deception, deviousness, wickedness, true hate, true racism and race propaganda [brainwashing].  Liberalism has cloaked reality from today’s current voter’s ability to discern right from wrong, truth from a lie.  Through 40 years of liberal social engineering liberals have developed the power to control race baited mobs and liberal activist.  The Martin/Zimmerman case has proven this.

Most important about the Martin/Zimmerman case is the operation of our justice system we’ve created [not God Created] to perform at proper levels of issuing justice.  Such a grand intricate system of justice should not be made a mockery by anyone, especially gullible civil unrest individuals or emotionally race baited individuals.  Our system of justice prevailed with proof to issue the said verdict in the Martin/Zimmerman trial.  The Martin/Zimmerman case was very complicated but yet a simple case that was blown beyond measure of verifiable comprehension.  The case evolved around two individuals with no third witness to confirm as an eye witness to the outcome of the incident, although insinuations flourish to paint a picture of the occurrence.

Finally those who desire to appease God Almighty [hint, Sharpton/Jackson] should in no way add to the hate, evilness, wicked actions and race baited revenge erupting from this death case.  Many have said that they are not satisfied with the outcome of this trial; Beyonce, JayZ, Obama and thousands more. 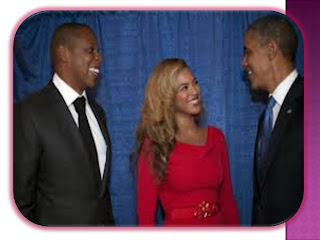 The celebrities and Obama are being disrespectful to our justice system.  Those same outspoken celebrities and civil rights representatives that are not satisfied with this case verdict have no concern about the daily murders, killings, human abuse and other social destructive measures of human life [aka abortion] taking place today.  Such daily displays of human depravity occur in Chicago, Oakland, New York, Detroit and hundreds of other cities every day and every hour.  Please note that so far today no one has heard a cry out or peep from the Martin-Zimmerman civil rights protesters or Beyonce, JayZ or Obama concerning the young black male or young white female that was killed last night or today in a ghetto fight.

The end result of this Martin-Zimmerman trial should be noted as a typical daily case study for God to evaluate how depraved America has become in less than 236 years.  We had our chance to please God after the civil war of 1861 and the real civil rights accomplishments on race relations in the 1960’s.  Unfortunately evil leaders in the White House and subordinates of the same suit have led with Al Sharpton and Jessie Jackson as their "point boys" to reverse society back into racism.  The result is evident by the uploading of old racist thoughts into the mind and thinking of young black Americans and young white Americans.  This generation of youth and young adults have been coached very well by so-called black activist preachers, liberal activist leaders and liberal media. One thing for sure, Al Shapton and Jesse Jackson have proven that they know how to get liberals and black activist's friendship, confidence, trust and money.  Jackson and Sharpton have been making a on race riots and civil unrest for many years.

The truth must be told; we are not living in the 1960's -marching for freedom.  We are living in the 21st century striving to survive as a nation that has God's wrath and judgment pronounced upon it.  When America does not look at the big picture of falling away from God, then America will look at anything else to seek justice [aka Martin-Zimmerman trial].
Posted by Dr Clayborn at Friday, August 02, 2013 0 comments