THE RISE OF LIBERAL RACISM 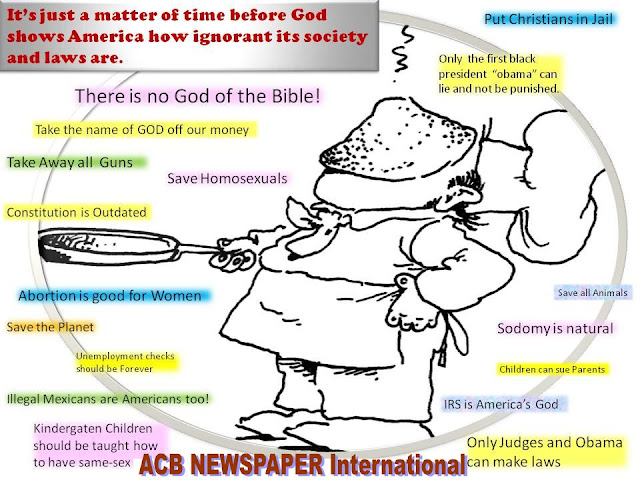 New liberal racism has erupted by the accomplished teachings of liberal whites who have conducted cloaked racist/prejudice indoctrination into the public school system.

Keeping the masses in a color coded environment [you’re black, I’m white, he’s brown, etc…] allows liberals to control and program the thinking of their gullible patrons with mental colors. Just like their pro-slavery Democrat Party ancestors [civil war], liberals have socially programmed blacks and others to become dependent on their generosity [modern welfare] and ideology [equality for humans and animals].

Liberals have tactfully injected political emotions of “race hate, class warfare” along with intolerance to Christians into society. The irony is Christians have been trying to alert society to promote love and accept others based on the content of their character instead of the color of their skin. Content of character and love is the priority mission of descendants and teachers of the Love of Jesus Christ.  But liberals will have no part of Christianity supervising their morals of “race bait hating and class warfare.”

Liberal whites [as Chris Matthews would like to be called] have regained the venomous hate their pro-slavery Democrat fore-parents held during the pre and post civil war era.
While Martin Luther King Jr. was marching against judgment based on an individual's skin tone during the 1960's, white liberals seized the opportunity to cloak under the civil rights banner. Actually liberal whites became experts in their ability to embed and cloak their personal racism towards negroes and colored people during the 1960’s.

Of course today you will see white liberals [celebrities, movie stars, entertainers] descendants of the civil war Democrat Party taking every photo opportunity today with a black activist, only to not invite them over for dinner [Guess Who's Not Coming To Dinner].  Neither will white liberal celebrities, movie stars or entertainers allow their children to attend public school with black children.  Liberal whites of today truly hold their fore-parent's Democrat Party civil war belief and they have blatantly shown it.

It would be virtually impossible to see a white liberal celebrity taking a photo opportunity with a Conservative American African. In other words, a white liberal wouldn’t be seen dead with a “conservative negro.”  Have you ever noticed how racist-white liberals continue to use color code identification towards Africans only [they're black].

Why don’t MSNBC, CBS, ABC, CNN, NBC or PBS call Chinese “yellows,” or American Indians “reds,” or Greeks “olives,” or Mexicans “browns?” Instead liberals continue to color code African descendents as “blacks.” It is a truth, especially throughout the American African community how liberals defiantly continue to belittle and identify them as a colored group and not humans. 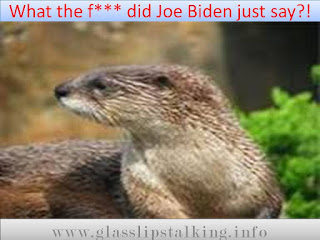 What is silly, arrogant, ignorant and extremely dangerous to humans in America?

Once again, this is not a “Rocket Science Test” but a reality test of your values. Of course if you are a Democrat or supporter of the current liberal administration the multiple choice question will not be easy to cipher. In order to help those who find it difficult to answer the above question with the correct answer we can help you with the following information.

The question remains; “What is silly, arrogant, ignorant and extremely dangerous to humans in America? Here’s a hint; America was not built on liberalism!

There are telegraphing truths that can frighten a nation into believing a lie, especially if a nation no longer holds truth as a moral value anymore.  An example of a telegraphed truth would be; America is a free market culture that thrives on individual accomplishments within its capitalistic society. To some it is a frightening concept of having to be a producer in society instead of a sole beneficiary of society.

It has become frightening to many long time entitlement beneficiaries of our free market society to see so many new entitlement seekers added to the roll call.  Knowing that more "none-producers" may cause a reduction in beneficiary status [entitlements] current entitlement account holders have elected to fraternize with socialism. In our case study today, an "unproductive entitlement culture" has taken on fraternizing with socialism. Courtesy of liberalism they have built upon a social belief system that promotes socialism is good for a capitalistic country, but we all know that's a lie.

America’s entitlement culture has now become a replica of France and Greece's socialistic experiment. America’s young voting culture has ignorantly flirted and fallen in love with a one-man 2008 government leader whose abstract ideas run contrary to America’s foundational principles and beliefs. In 2008 America was lured into voting for a colored leader [race bait voting] instead of voting for a leader of principal [content of character]; and the same luring poison took effect in 2012.

Instead of young educated voting adults [immature] properly screening the function of American government they have instead forfeited the trust of America’s forefathers for insincere political fancies of an aspiring celebrity dictator. The results of America’s young educated voter’s political decision [brain washed] has ushered America’s free market society into a free fall from greatness into depths of an unforeseen economic collapse and culture of ignorance.

So What’s The Answer To The Question?

The answer to the opening multiple choice questions is “d.”

America’s Democracy is not capable of sustaining the inevitable collision course of indoctrinated liberal-socialism with foundational conservative-capitalism. The 2012 election of liberalism has followed historical suit with the 2008 election, which was based on ignorant race baiting voting. The two electoral events [2008, 2012] have provided all the substance needed to setup a final civil collision in America’s society.

There will be a final collision between liberalism and conservatism in this American society. And though now it seems farfetched but there will remain a remnant of real Americans who must physically resettle somewhere within the continent of north America. There will still be a population of conservative inhabitants after the civil collision, but there will be a majority of liberal inhabitants that remain in power. The civil collision will only solidify the division and polarity of society into a permanent status.

This is not the same America of last century, nor is it the same people of the last century. Therefore future electoral votes will not be based on the premise of political preservation of the constitution. The reason is because the growing majority of citizens inhabiting America are not Americans and do not subscribe to the American Constitution. The political game and the people of the land have changed permanently.

What About The Future Of America?

There is a “future” for the remnant of true America [pre-2008 liberalism], but they must prepare for it. Today liberalism continues to mock, hate, despise, belittle and inject venomous deadly poison into society to kill the life style of conservative voters. The open liberal gates of tolerance for "non-liberals" now lead to an open "mine field" of venomous hate "land mines." The mine field has been specially designed for intolerance to Christians and conservatives. The mine field of intolerance by liberals has always been a projected plan of programming America into hating conservatives, years before 2008. The 2008 and 2012 results only made it an official policy to ensure a zero tolerance plan of coddling with conservatives.

Real Conservatives have long known that common sense dictates that liberalism and conservatism is not a rational or logical partnership. But the heart of conservatives has always wanted to promote some type of unity with liberals for the sake of the country. Such wishful thinking has only allowed liberals to stab conservatives in the back, face, head and heart.

What Is The Future Prognosis For America?

When the forces of liberalism [colored liberals; white, black, yellow, brown, etc…] combine with the forces of political racist movements [Congressional Black Caucus, NCLR-La Raza, NAACP, MSNBC, etc…] there are no bars to hold back civil unrest. Today America is controlled by the forces of liberalism and political racism. Actually this should be of no surprise to anyone who has been monitoring the civil progress in America since 1861. We now have the rise of racism again in America, but not by law abiding Conservative Caucasians, Conservative Africans, Conservative Germans, etc… but by liberals.

So remember whenever the question is asked; what is silly, arrogant, ignorant and extremely dangerous to humans in America? You can confidently profess liberalism.

And so it is, America will never discard racism as long as liberals are in control of society, because liberals believe in racism.  They will not relinquish the color code.

Such is a picture of your present and future liberal society, and it’s a very dangerous image.

SHOULD TEXT DRIVING BE MANSLAUGHTER 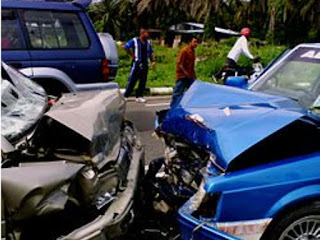 LETS GET REAL! You know and I know that texting and phone talking while driving is equivalent to drunk or marijuana dope head driving. So why are laws so lax in reference to texting/phone talking driving?

Manslaughter charges should be minimum charge against someone who causes a wreck and kills someone while texting/phone talking driving. Causing a wreck while text driving and phone talking should be equivalent to drunk driving charges or worse. The justification would be like that of a drunk driver who deliberately and intentionally know they're drunk and chooses to drive with impaired judgement in play. 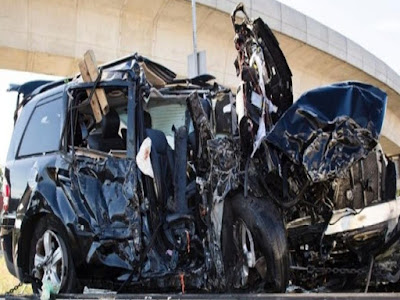 In both cases it’s a deliberate act of having no respect for others life [Manslaughter]. Texting and talking on a phone automatically classify you as a person that has no respect for other life. It only takes 3 seconds for a texting/phone talking driver to end someone's life. For instance, a drunk or marijuana loaded drug user at least swerves or crosses over the line to give notice they are driving loaded.  Also drunk or drug loaded drivers don't have the instant ability to sober up while driving in order to save a life. 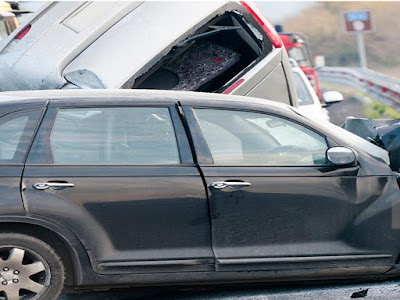 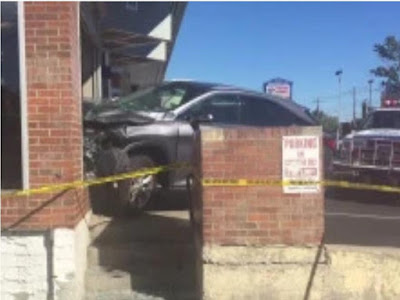